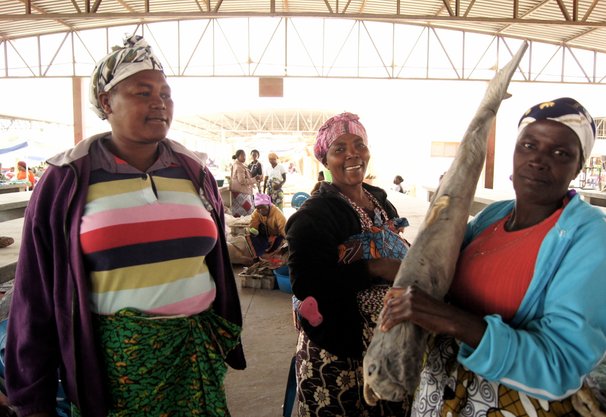 Fishermen lay nets in the Kwanza river at dusk. The tide is low and the silence is a far cry from Angola’s busy capital Luanda, an hour’s drive away. The river was an important gateway into Angola for slave traders during the colonial era. Now, the government has started to search for oil along the riverbanks, while Kissama national park is adjusting to life after civil war.

The park reopened in 2002 with species including elephants and the endangered giant sable antelope, imported from Botswana and South Africa, which had been wiped out by hunger and poaching.

The Kwanza river is important to thousands of Angolans. There is now competition over catches between locals and established fishing lodges with modern equipment and speedboats.

Kwanza Lodge is a popular weekend fishing resort, owned by a relative of Angola’s President, José Eduardo dos Santos. The manager is a South African called Manny Milner. Angola is developing as a result of the influx of expats and oil revenues in one of the world’s fastest growing economies. But the new Angola isn’t accessible to everybody. Nine out of 10 visitors this weekend are expats: Portuguese soap opera actors, Chinese engineers and Brazilian construction workers.

Milner believes that eco-tourism is the future for Angola. »It’s a way to protect the rural community from a large-scale tourist industry,« she says. In 2016, Luanda will host a large professional golf tournament where enthusiasts of the sport will be encouraged to visit Kissama national park.

Angola’s official tourist plans focus on wealthy visitors who will sample luxury and stability experienced by only a minority of the Angolan people.

According to Paul Wesson, a South African who runs Eco-Tur, Angola’s 12 years of stability have finally opened up the country to the outside world. »There’s always been interest,« he says. »Angola is the only country in southern Africa left for well-travelled people to explore, who’ve already seen the Serengeti and Kalahari. This is the final frontier of wildlife tourism in southern Africa.«

One of the attractions of tourism in Angola is fishing, an industry threatened by demand from locals for food and tourists for sport. But, according to Roland Goetz, director of Kissama national park, fishing in the Kwanza river is unregulated, which could disturb both the river and the park’s ecosystems.

In 2007, the regional thinktank Institute for Security Studies warned of the permanent degradation of the marine environment in southern Africa as a result of overfishing. Its report, The crisis of marine plunder in Africa, concluded: »This in turn will continue to adversely impact on food security and economic development, with coastal communities dependent on fishing being the hardest hit.« 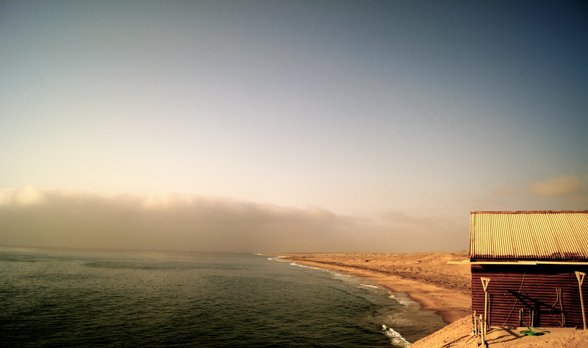 This is already the case in Namibe province, where fishermen risk their lives in small rowing boats on rough seas, lacking equipment and earning next to nothing. Not far away, modern fishing equipment and robust boats rest in the sand at tourist lodges.

Namibe province accounts for 65% of Angola’s fish production and has in recent years gained the interest of the global fishing industry. Before the second world war, when Angola was a Portuguese colony, only Lisbon’s freighters were allowed in these waters. Now, with the market open to foreign investors, even Angola’s waters have become pieces of a geopolitical jigsaw puzzle. There is no way for Namibe’s fishermen to compete with the larger boats: while the former do small-scale fishing, vessels from South Africa, the EU, Russia and China operate in eco-certified areas.

Pedro Soares is a former fisherman who now works as a chef at a fishing resort. He’s worried about the Angolan people’s place in society. He wants the tourist industry to blossom and provide jobs, but not if it means catering only for foreigners. »That’s the case with the oil,« he says. »We need to break through as a people and claim jobs outside the service sector. As now, the region’s best fish goes to Luanda while we’re left with the scraps.«

Soares believes that Angola’s young people can change this. »We must mature, educate ourselves and make wise decision[s], which I’m sure we’ll do. We want more out of life than just providing the rest of the world with oil and fish.«

First published in The Guardian (januari 2015)